Well-known Cambridge commercial property surveyor Ben Oughton has been appointed by Jaynic Investments Ltd, the owners of Haverhill Research Park as Project Director to the development.

Nic Rumsey, founder of Jaynic and its Managing Director, commented: “We are delighted to have Ben on board. He has huge knowledge of the commercial property market in the Cambridge and East Anglia acting for both landlords and occupiers and I believe that his appointment will be a vital part of driving forward development activity during 2017 and beyond.

Oughton said: “Haverhill Research Park is in a great location with many benefits including enterprise zone status, consent for an innovation centre and 450,000 sq ft of business space. Existing on-site amenities already include a nursery opened in 2015 and a pub. Taylor Wimpey is developing a residential scheme adjacent to the park, part of which is sold and occupied, and there is allocation for a further 3,500 houses coming on stream in the town soon which benefits from excellent road connections into Cambridge.

“We are pushing forward immediately to explain to the occupier market the benefits of locating in Haverhill which has all the advantages of its proximity to Cambridge but on significantly more competitive terms,” Oughton adds.

Prior to his appointment at Haverhill Research Park, Oughton was a partner of Jeffersons Commercial before its acquisition in 2011 by Carter Jonas where he became an equity partner and has other ongoing property interests. 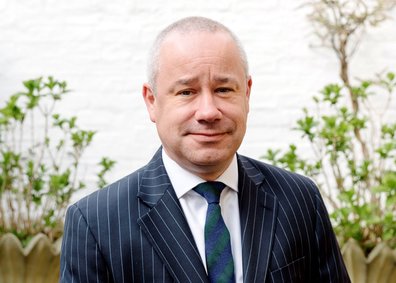